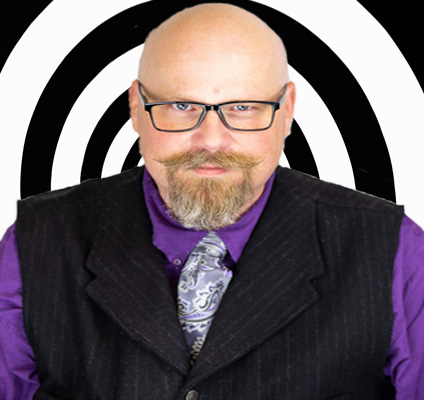 about The Magic of Craig Campbell

Born in Salt Lake City Utah to Elgie and Sonia Campbell, Craig is the youngest of four boys. Craig grew up in a family that loved performing arts, he sang with his brothers at church and family functions and as he grew older he participated in plays and musicals. It was in this venue in 1985 that he met his mentor in magic Timothy Riggs, Craig became Timothy’s light and sound tech as well as Timothy's stage crew, he slowly started learning magical effect from him and has been performing ever since.

In over 30 years of performing Magic, Craig has had the honor of receiving many awards which include: • 2010 Nickelodeon Parents Picks Award Nominee • Grand Champion of Magic I.B.M. Ring 193 • Best of Salt Lake City Award Recipient Four Consecutive Years • Best of Salt Lake City Award's Hall of Fame. • Award-winning Magic Consultant • Ranked in the top 3 Magicians in the Salt Lake Valley. Craig has also had the pleasure to perform for audiences all over Utah, Kentucky, West Virginia, and Ohio.

Craig was a Magic Consultant for The Utah Opera’s traveling production of La Cenerentola (Cinderella), Magic Consultant and Illusion Designer for Cyprus High School’s Award-Winning production of Disney’s Beauty and the Beast and Magic Consultant and Effects Designer for Salt Lake City’s Academy of Performing Arts, He had the absolute pleasure of being the Resident Magician for Salt Lake Comic Con and Kid’s Con (Now FanX) from 2013 until 2018. He is currently serving a second time as the Vice President of The Society Of American Magicians Assembly 300 the Ogden Magic Guild, Ogden Utah, and he also has served as past Vice President of the International Brotherhood of Magicians Ring 193 Salt Lake City Utah. 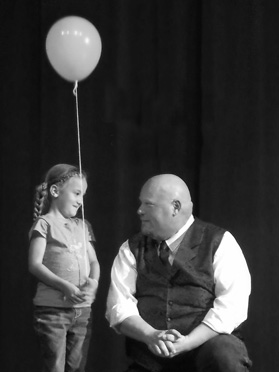 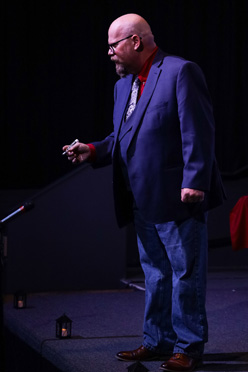 Booking The Magic of Craig Campbell

When you are ready to Book The Magic of Craig Campbell for Your Very Important Event, just click on the "Book Us" Button below and Then Fill out the Contact form! We look forward to hearing from you!

The MystiQs: Procures of the Impossible

Coming SOON! A brand-new project Created by Craig Campbell. The MystiQs : Procurers of the Impossible. A Paranormal show that will Twist your mind, Bend your Reality and have you questioning what is real!

Become a member of The Society of American Magicians

Become a member of The International Brotherhood of Magicians

Become a member of the International Magicians Society

Copyright 2022 © The Magic of Craig Campbell.